The Birmingham 2022 Queen's Baton relay will visit Herefordshire on Tuesday 5th July 2022 as it makes its way to Birmingham for the Commonwealth Games.

The Baton Relay began on 7 October at Buckingham Palace when Her Majesty The Queen placed her message to the Commonwealth into the Baton. This message will be read at the Opening Ceremony in Birmingham, following an epic journey across the Commonwealth visiting all 72 nations and territories, embracing unique cultures and sharing stories.

As part of The Baton’s journey through England, Herefordshire will welcome the Queen’s Baton Relay on Tuesday 5th July, starting and finishing at the iconic Hereford Cathedral after an hour long tour of the city.

Schedule for the day

The Queen’s Baton Relay will begin at Hereford Cathedral at 2.45pm, and will embark on an hour-long tour, arriving back at the Cathedral at around 3.30/3.45pm. The route will include Bridge Street, Castle Street, Castle Green and Bishop’s Meadow and will cross the River Wye at Victoria Bridge and the Old Bridge.

Activities on the day

We're super proud that we're part of the baton's journey, and there will be celebrations taking place to mark the event.

Events during the afternoon start at 1pm at Bishops Meadows and Castle Green and include a range of family activities including athletics, cricket, martial arts, cheerleading and interactive performances.

There will also be a parade, including a mascot race, ahead of the Baton Relay at Hereford Cathedral!

To help ensure safety of people involved with the celebrations and lining the route, West Street, Broad Street, King Street, Bridge Street, St Martins Street, Quay Street and part of Castle Street will be closed to traffic for a maximum of two hours between 2pm and 4pm disruption will kept to a minimum with roads being re-opened as soon as possible.

Parking restrictions will be in place along Bridge Street, King Street, Broad Street and Castle Street (up to Ferriers Street) from 12.30pm until 4pm.

Due to parking restrictions and road closures both St Martins Street Car Park and Wye Street Car Park will be impacted therefore spectators are advised to use other city centre car parks.

The Baton will be carried by over 2,000 inspirational Batonbearers throughout England this summer.

People taking part as Batonbearers in Hereford include: 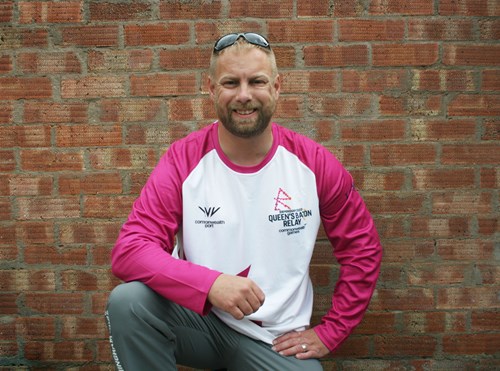 Ashley Winter, former Soldier with The Queen's Royal Hussars who lives in Hereford, was nominated as a Batonbearer due to his herculean fundraising efforts and for working with multiple charities to raise awareness of sight and eye condition keratoconus.

In 2010 Ashley was diagnosed with keratoconus, a degenerative eye condition causing sensitivity to light, pain, visual distortion, migraines and headaches. However, this has not stopped his ambition to take on challenges to test his endurance and fundraise for charity.

Ashley has competed in triathlon, 24hr endurance mountain bike races, 100 mile road race sportive, half marathon, a coast to coast cycle, and has even won a Guinness World Record.

He even tried out for Ninja Warrior UK, learned how to ski and was invited to try out for the Armed Forces Para Snowsport Team, training and racing, and even winning a couple of awards along the way.

Ashley is a charity ambassador for Fight for Sight, the UK's leading eye research charity and is often referred to as a Keratoconus Ambassador. He enjoys producing photography, blogs, vlogs, short films, and has recently published his own story (Keratoconus and me). Ashley also has a podcast where he chats to inspiring people in various communities.

Ashley’s most challenging moment was going to the Arctic Circle on a dog sled expedition with the backing of The Endeavour Fund. This saw Ashley living in tents at -35Degrees, a test of physical and mental strength but also testing his eye products and winning an award for his short film “Keratoconus to the extreme”.

Winters continues his ventures and training, and hopes to soon qualify for the Invictus Games, with a lifelong dream of conquering Everest!

Cameron Wood, who lives in the city, was nominated for his work important work in youth leadership and disability rights campaigning.

As Hereford FA Youth Council Chairman and 2021 Rising Star of the Year award winner at the Grassroots Football Awards, Cameron has never let having Cerebral Palsy stop his dedication to helping people. Cameron established a podcast with Herefordshire FA Youth Council to help young people to open up and explore important topics such as mental health, disability, discrimination and sexuality. Cameron also leads the Young Person's Network in Herefordshire, designed to support young people aged between 11-18 with disabilities to have an equal voice in Herefordshire.

Cameron said: "I am extremely honoured to be part of the Queen's Baton Relay and I feel proud to have played my part in carrying the Baton on its journey through England. I can't wait to see people from across our county getting involved with all the free activities taking place on the Bishops Meadow as the Relay travels around the city.” 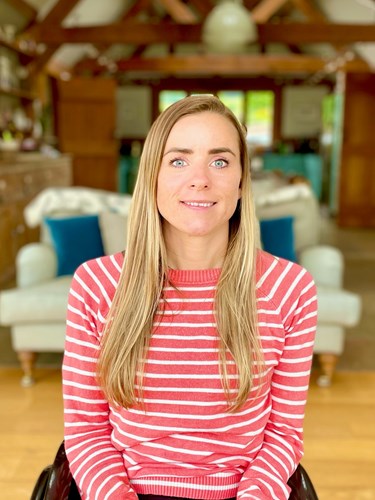 Josie Pearson MBE from Hay-on-Wye was nominated for outstanding contributions and achievements in sport.

Paralympic athlete, Josie decided to pursue competitive sports after she was involved in a road traffic collision in 2003 which resulted in her being paralysed from the waist down, but with upper limb movement intact. Josie's inspirational sporting career grew strength by strength as she went on to represent Great Britain in the 2008 Summer Paralympics, becoming the first women to compete in wheelchair rugby for her country at the Paralympics. Josie then changed to throwing events and qualified for the 2012 Summer Paralympics in both discus and club throw in the F51 class, taking home the gold medal in discus with a world record breaking distance.

Josie is now studying Equine Studies at university, following her passion for horses, and now enjoys life in the countryside.

Josie said: “It’s really exciting and I’m honoured to be nominated as a Batonbearer. The Queen’s Baton Relay is a great opportunity to rally even more community support for the hard-working athletes participating in the Birmingham 2022 Commonwealth Games.”

One of the confirmed community Batonbearers in Herefordshire is Michael Chandler, a Hereford postman who, since the year 2000, has raised over £500,000 for cancer charities. Among his achievements, ‘Postman Mike’ has completed 19 London Marathons, 2 nationwide cycle rides on his Royal Mail bike, and run from Hereford to London pushing his Royal Mail delivery trolley.

Find out more about the Queen's Baton Relay on the Birmingham 2022 website.