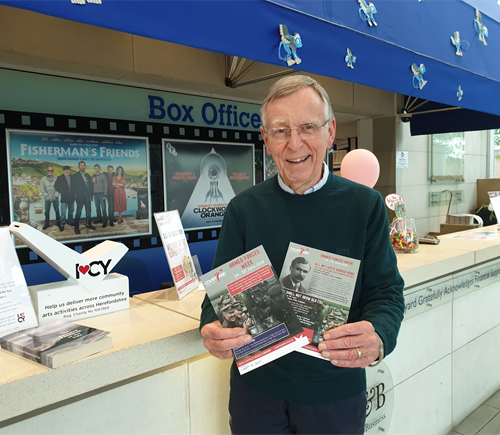 This year’s Armed Forces Week in Herefordshire, promises to be bigger and better than ever!  The county’s communities have come together to create a week long programme of different events to show their support for our Armed Forces personnel, veterans, service families and cadets.

The programme of events, includes:

All My Life’s Buried Here (The Story of George Butterworth) at The Courtyard, Hereford (lecture 6:30pm and film 7:45pm).

They Shall Not Grow Old at The Courtyard, Hereford (lecture 6:30pm and film 7:45pm).

Flag Raising Ceremony in Ledbury at 10am.

Armed Forces Day in High Town, Hereford from 10am with displays and information from local charities about their work to support current and former military personnel, along with a Spitfire flypast at 1:40pm.

The Rifles exercise the freedom of Leominster (11am) and Hereford (3:30pm) with marches through the town / city centres accompanied by a military band.

A procession, picnic and memorial dedication service for the Rotherwas Munitions Factory workers starting in Bullinghope at 11:15am.

Air Vice Marshall, Mike Smart, Chairman of Herefordshire Armed Forces Week, said: “We are honoured to be able to bring another comprehensive programme of events to Herefordshire to commemorate Armed Forces Week.  Our county has such a proud military history, both past and present, and this annual event recognises its valuable contribution.

"I'm also delighted that The Courtyard is supporting this year's Armed Forces Week, with specially selected films and talks along with signing up to The Armed Forces Covenant.  It's great that they now offer discounts for current and former Armed Forces personnel too."

To find out more about this year’s programme of events, download a copy of the Herefordshire Armed Forces Week leaflet or visit www.herefordshire.gov.uk/armedforcesday.